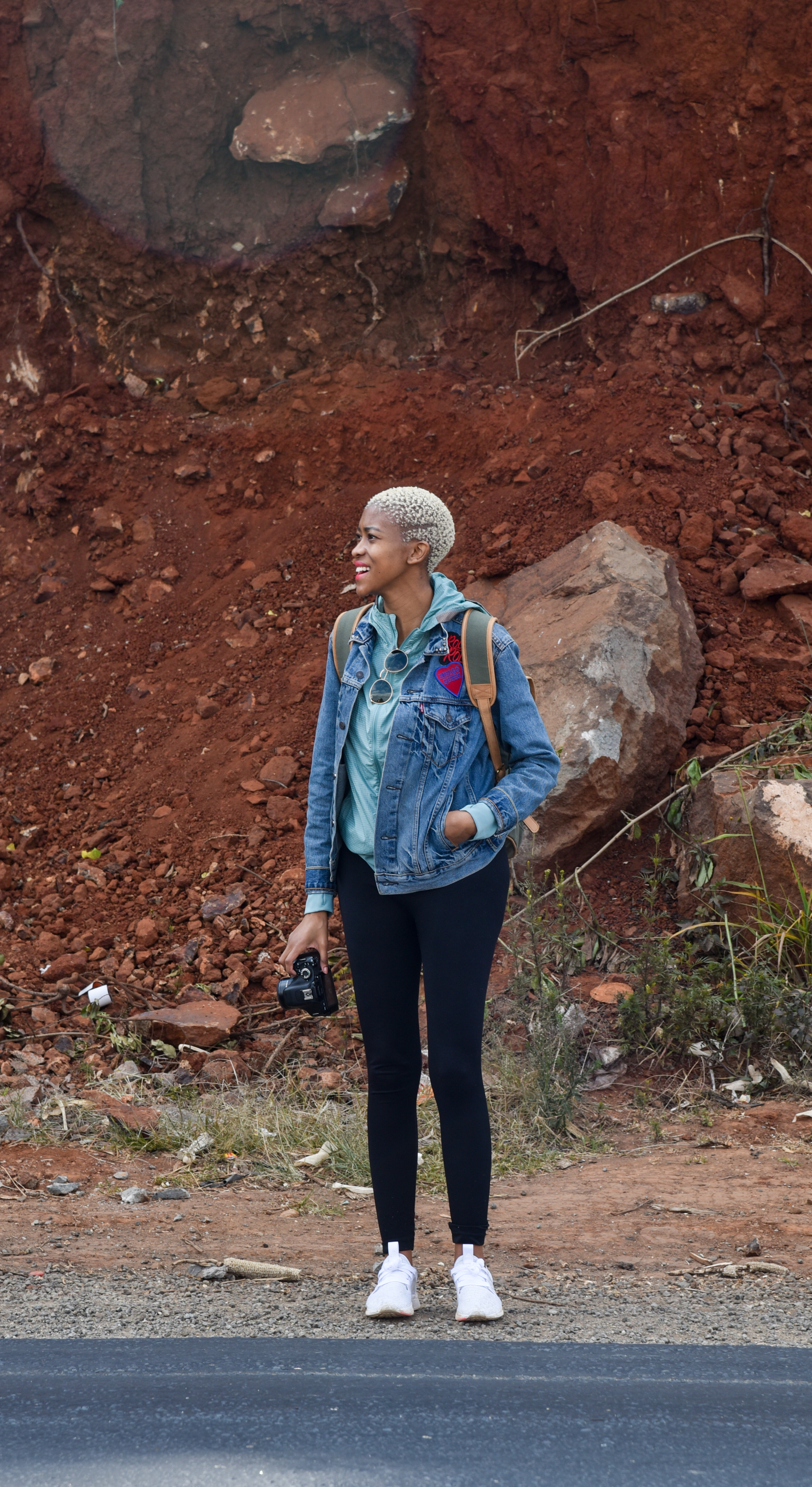 After a few hectic days at #MBFWJ, I had to pack my bags and rush off to the airport as I was one of the lucky bloggers selected to #SEEKAFRICA with TSTMKRSAFRICA for their latest campaign in partnership with Radisson Blu, Uber and South African Airways.

For the next 4 days, Cape Town based photographer, Jess Stafford and I would be in Kenya, accompanied by a few locals to see what the beautiful city of Nairobi had in store for us. If memory served me right from my last trip with TstmkrsAfrica in Ghana, this trip would be nothing short of amazing. I was super excited to explore every corner of Kenya but obviously time was not on our side to do that.

After what felt like the longest day, we landed in Nairobi and headed  straight to The Radisson Blu. This fairly new hotel would be our home for the next four days and three nights. Immediately Jess and I noticed how stunning the hotel was. We have both stayed at a number of hotels in our lifetime but there was just something special about this one. Unlike the other Radisson Blu hotels, this one had so much personality and character; the intricate details in the interior of the hotel form the waiting area to the rooms is strongly influenced by Kenyan culture.

By the time we had settled in, it was dinner time and I had worked up quite the appetite. Our hosts for the trip, Sweeny, Eyan and Paul were waiting for us in the reception area, ready to take us the The Alchemist for dinner. At The Alchemist we were to enjoy delicious burger, fries and milkshakes for dinner from the Mama Rocks Food truck. Look, I have had a lot of burgers from everywhere but the burgers from Mama Rocks were hands down the best burgers I have had in my life.  Literally after the best welcome (to my tummy), the best decision after that meal was to head straight to bed and prepare for the adventures of the following day.

Day included a long drive through the Great Rift Valley, a route that lead us to Hell’s Gate. Unfortunately I was not feeling too good that morning but the long drive through the lushes greenery allowed me to lay back and take in the scenery. On route we spotted cute donkeys and pretty zebras. It’s not common to drive through the bush and spot such wildlife so casually. I must admit, I missed most of the beauty and brief history lesson of Hell’s Gate due to how ill i was feeling but from the “oooh’s” and “aaah’s” that I heard from the back seat, it must have been incredible.

On our way back to Nairobi for the Thrift Social hosted by my favs of 2 Many Siblings, we took a detour to Lake Naivasha. A quick boat ride around the lake before going off to enjoy some cocktails under the sun. Lake Naivasha is a freshwater lake situated north-west of Nairobi  that also happens to be home to 7 different species of fish, as well as some massive hippos. during out quick ride, we bumped into our friendly friends, this definitely made me freak out a little.

A 20 minute boat ride and a 2 hour drive later, we arrived at Privé for the monthly Thrift Social. The theme for this month’s social was denim. The coolest in Nairobi rocked up in their super customised denim pieces and were ready for a ball. What totally threw me off when we arrived was the amount of people who recognised me from my blog, Instagram and for being infamously known as Riky Rick’s biggest SA groupie. Haha. After posing for tons of fan photos, we were able to settle in, order drinks, browse the thrift finds that were on sale and enjoy the live music. It was truly a vibe, definitely something that is missing in Joburg.

After dancing our lives away it was time to go back to the hotel for dinner and a late night razzle at the local nightclub. We settled for dinner at The Radisson, changed for a night out and off to Keyzer. Keyzer is a local nightclub, upon arrival they were blasting local 90s hits which was fitting seeing that 90s sensation Mya was there with her entourage. We went to great her but she wasn’t the most friendly which was a little disappointing to say the least. After a round of drinks, some shisa (also known to us in SA as hubbly – which is super popular in Nairobi FYI), we were ready to call it a night and head back to the hotel to rest and prepare for the next few days.

Look out for my next blog post to see what we did on our last two days in Nairobi! 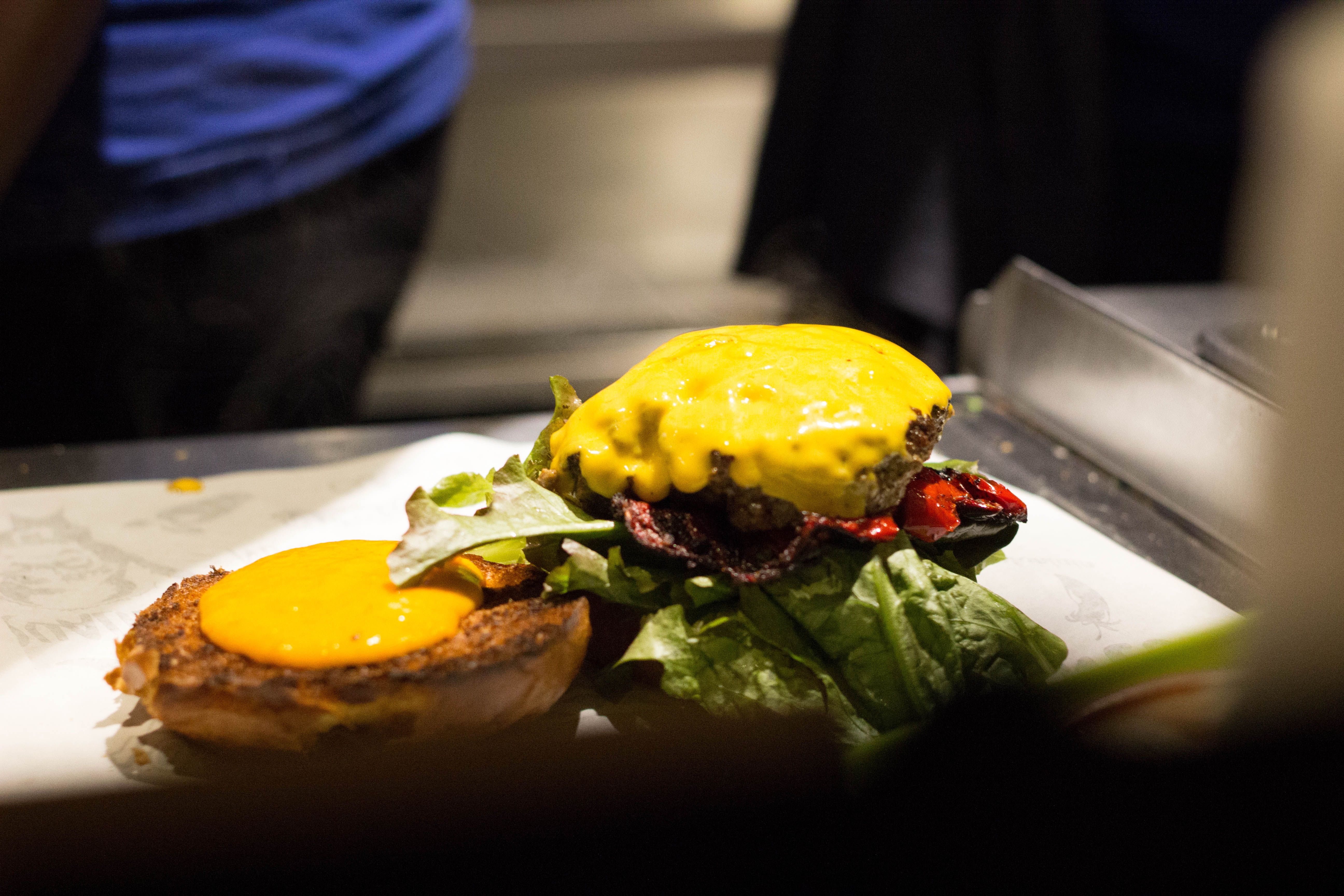 Literally the best burger i have ever had from Mama Rocks at The Alchemist. 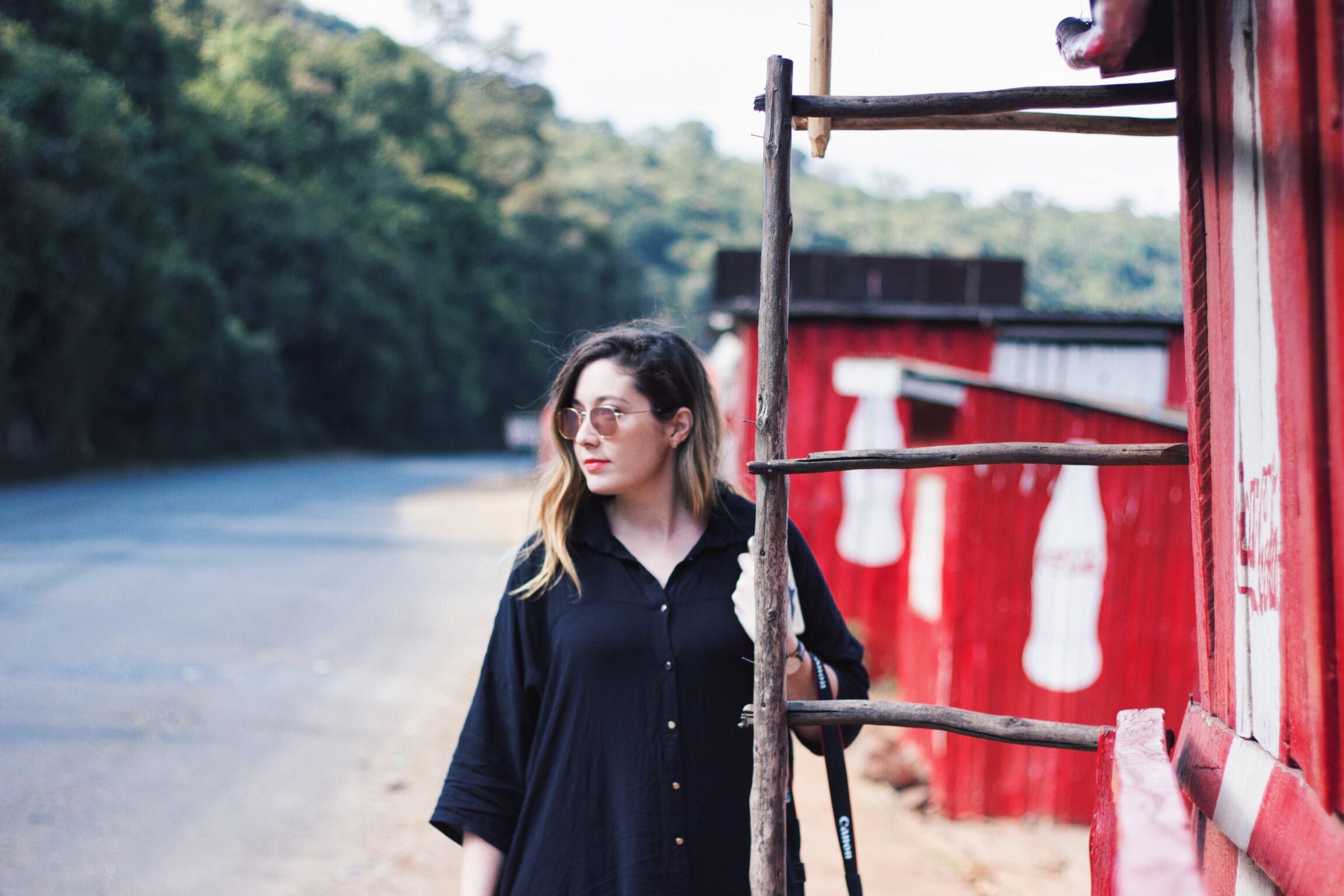 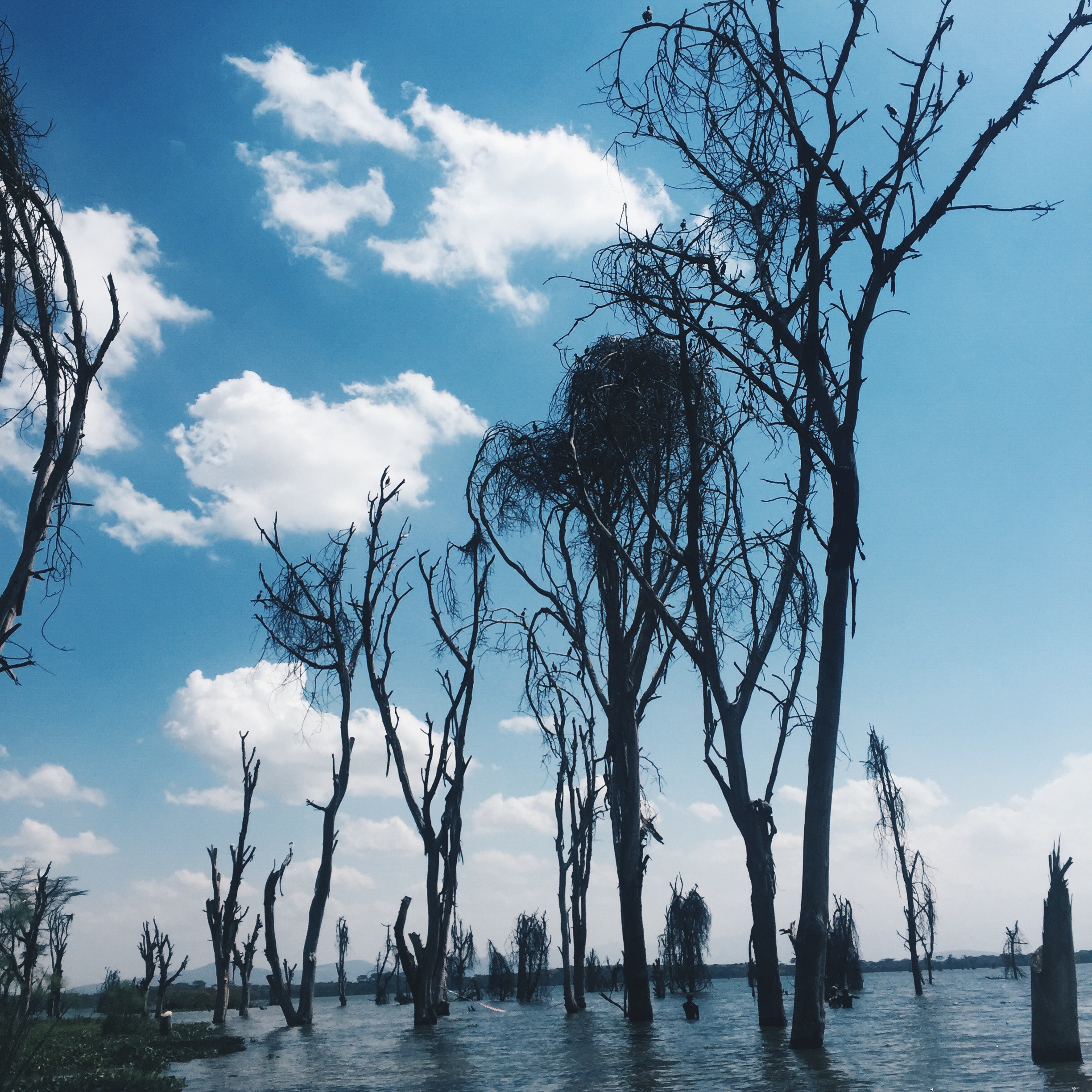 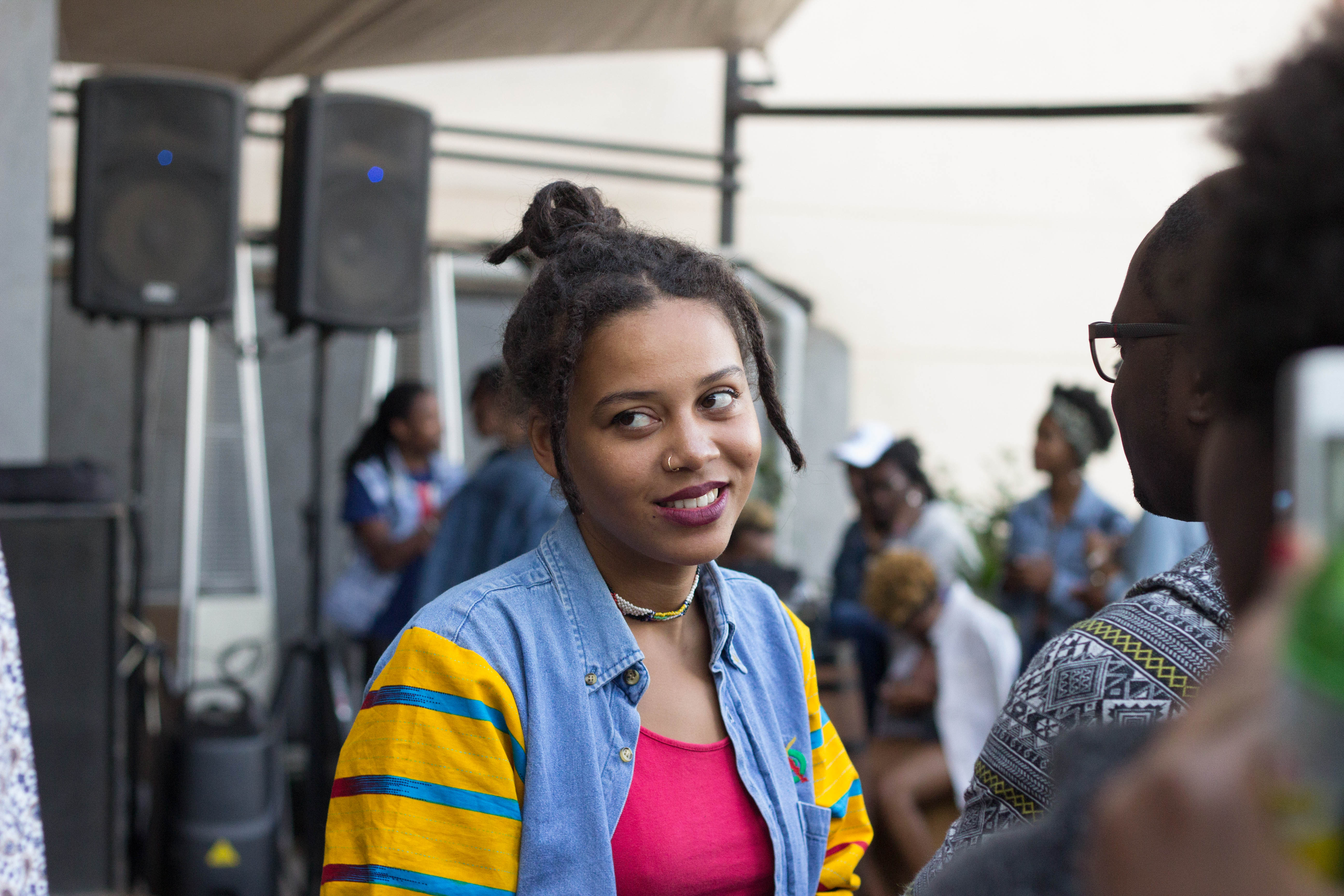 Spotted: Maya at The Thift Social