In my element at The Giraffe Centre

I was super excited for day 3 because it promised the hopes of spending the day in the sun, feeding giraffes, enjoying  some good food and yummy cocktails. Funny enough, it was quite chilly in Nairobi which I was not expecting. Both Jess and I had not packed enough jerseys and warmish clothes for the chilly breeze we experienced since our arrival.

The first stop for day 3 was the elephant orphanage. It was literally like nothing I had expected, in all honesty I think we might as well been at a zoo. The only difference was that we could touch the elephants as they did their lap of rounds as they were brought down family  by family. I was quite overwhelmed by aggressive mom’s who made sure their kids got their snaps of the elephants after getting the chance to feel their tough, leathery skin. rows and rows of people look over each others heads, pointing their large digital cameras, I don’t really think anyone is really there to hear about how the elephants are taken care of or how donations can be made to make sure they are well taken care of.

After getting our elephants snaps we headed off to the Giraffe Centre were I was fortunately enough to meet my long last siblings. The giraffe was no different from the Elephant Orphanage in terms of people just being there to take selfies. Except me and like two other people. I had been dying to go feed giraffes for YEARS so this was literally a dream come true. Upon arrival we were given small, rock hard snacks for the giraffes that had molasses that we were to feed the giraffes, the caretakers called them ‘Giraffe Candy’. Stick those out and the giraffes would linger in your direction for as long as you kept feeding them. Anyone that knows me will know that I am petrified of animals bother domestic and wild but I stuck out a feed giraffe snacks and made friends with a couple of the giraffes. They literally are me in animal form – lanky, awkward with beautiful eyes. I was at my happiest at the giraffe centre but after a while, it was obviously time to leave. I was hungry anyways and I think they giraffes were definitely on a sugar high by the time I left.

Before lunch time we were to pop into a leather factory. Our local host Paul took us to his place of work, Sandstorm for a quick tour around the factory. Sandstorm is a leather bag brand that makes genuine, handmade bags to die for. It was interesting to see the process of creating these one of a kind pieces from start to finish. I am still obsessed with the mahogany brown ‘Weekender’ bag – if you love me, please feel free to purchase one for me? ha!

After feeding my siblings, watching leather being cut up and sewn, we had definitely worked up an appetite. Our last meal out was at Nyama Mama. I was starving and ready to indulge in the local cuisine. I am an indecisive, foodie so i usually can;t ever decide on what I want to eat so opt to order more than one thing. Our Tstmkrs Africa host (and CEO) and I decided to order two separate meals and share. We had the fried chicken and ribs. Both 100% fresh, well made and delicious!  It was after 12 o’clock so we ordered a round of cocktails to wash down the delectable meals.  I’ve probably mentioned this before but the cocktails in Kenya are bomb! Similar to the ones in Ghana, don’t know where we are going wrong  in SA but we definitely need to step up our cocktail game – maybe I will go on a Top 5 cocktail spot  hunt in Joburg soon now that it’s getting warmer.

Our very last day was spent sleeping in, indulging one more time in the delicious breakfast buffet (the flapjacks, strawberries and chocolate sauce were my fav) then taking awesome shots on the rooftop – not everyone has private access to The Radisson Blu rooftop so we made the most of it. We did a lot of reflecting while our feet dangled on the edge until it was time to go pack, check out and head to the airport. I was super sad to be leaving only because everyone in Kenya was so friendly and because our stay was so short!

A very big thank you to Uber, The Radisson Blu, South African Airways and Tastemakers Africa for giving us the wonderful opportunity to #SeekAfrica in Kenya!

Which place do you guys think I will be fortunate enough to travel to next? I’m hoping London, Canada or Mexico 😉 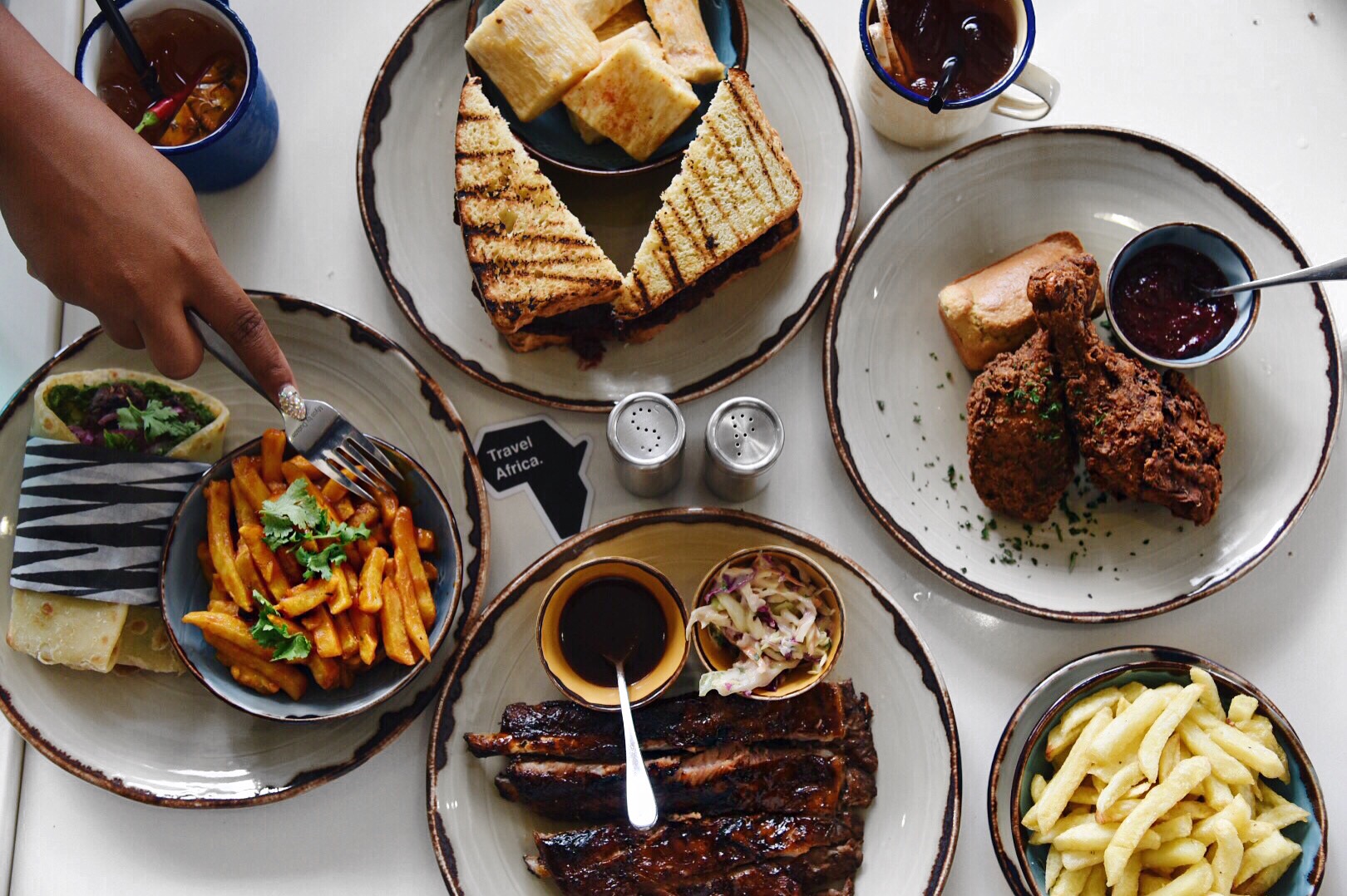 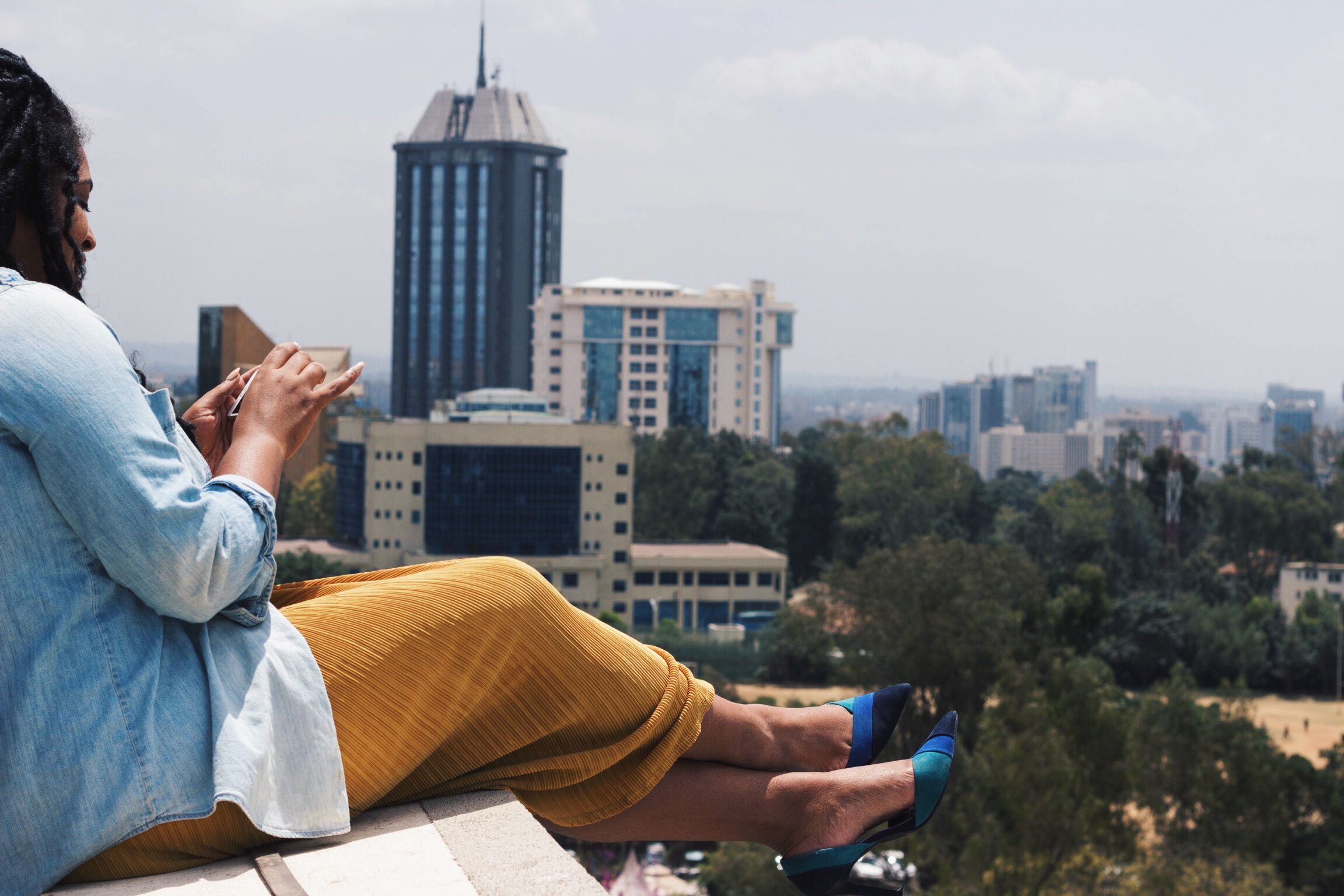